Meet The Dog That Caught Bin Laden, And The Navy SEAL Who Loved Him! This week live on Business, Politics, and Lifestyles – Fridays at 10 AM on WCRN 830 AM. 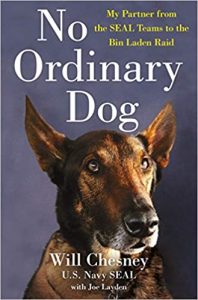 This week live on Business, Politics, and Lifestyles – Fridays at 10 AM on WCRN 830 AM.

Will Chesney is the author of No Ordinary Dog: My Partner from the SEAL Teams to the Bin Laden Raid.

Will served in the United States Naval Special Warfare Development Group as an operator and dog handler.

He participated in Operation Neptune Spear, which resulted in the death of Osama bin Laden.

Chris Farrell is the director of investigations and research for Judicial Watch. He is a former military intelligence officer.

Live stream at WCRNRADIO.com or on TuneIn.