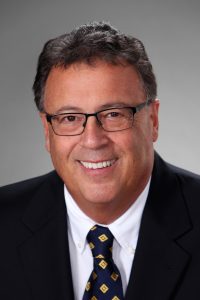 The Host of “BUSINESS, POLITICS, & LIFESTYLES”

Gary is a conservative, who champions small government, free-market capitalism, and the importance of maintaining the USA’s role a strong well respected leader throughout the world. His show deals with cutting-edge, political, social, foreign policy and business issues with a wide range of topics, guests, and points of view.

Gary believes that personal responsibility, accountability, a strong family structure, quality education, and hard work are the keys to success for all Americans. Gary’s goal is to show how political correctness, victimization, and many of the progressive liberal policies have duped the American people, especially minorities and women, into false hopes and promises.

Gary has been involved in the construction industry for over 25 years. He has a wide array of experience as the owner of multimillion-dollar landscape, irrigation, snow removal, and pavement maintenance companies.

He has a Bachelor of Science Degree in Accounting Gary is considered an expert in the specialized areas of estimating, operations management, marketing, budget development and administration as well as other areas.

He was a past Regional Operations Manager of Trugreen Landcare in The New England Region and was in charge of operations of four maintenance and two construction unit branches with annual revenues exceeding $50 million dollars.