“Behind the Black Mask: My Time as an Antifa Activist.” Author Gabriel Nadales Joins Us On Business, Politics, and Lifestyles – Saturday 9 AM on WCRN 830 AM, 730 WACE, & WXKS 1200 AM Boston.

This week live on Business, Politics, and Lifestyles – Saturday 9 AM on WCRN 830 AM & WXKS 1200 AM Boston.10:00 – Gabriel Nadales is a conservative activist and author of “Behind the Black Mask: My Time as an Antifa Activist.”

Gabriel first became involved in politics in 2009 as a member of the left and eventually joined the Antifa movement. Disillusioned with leftist politics, Gabriel reached out to conservative organizations, in hopes that they would provide an alternative to the left’s extremist views. Finally, a Leadership Institute Regional Field Coordinator contacted him in 2013, and Gabriel began his career in conservative politics.

Ken Lacorte is the founder and editor of the Media Action Network.  Ken was a senior executive at the Fox News Channel from 1998-2016 where for the last decade he headed the editorial team for Fox News Digital. We will be talking with Ken about the statement made by The Daily Beast. They Say “A Notorious Former Fox Executive is at the Center of Attempted Hunter Biden Takedown, His Name is Ken LaCorte And He Has Hunter’s Emails”.

Live stream at WCRNRADIO.com,GARYONBPl.com, or on TuneIn. 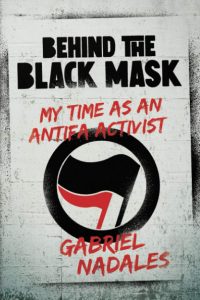